AirTrack madness through the Amsterdam canals

It was a Sunday evening when my phone buzzed, notifying us that Jack Payne, a world champion cheerleader and famous athlete, was in Amsterdam, looking to do something cool.
The morning after, on Monday, a small AirTrack Factory crew met up with Jack in his Airbnb bordering the Amsterdam canals. With nothing planned we left with a big AirTrack P3 and bags of video equipment out into the city, hoping to find some sort of inspiration for a video.

Wandering through the streets of Amsterdam, watching boats float peacefully through the canals that wind the old Dutch city, Jack came up with the idea to put the AirTrack on a boat. A crazy idea, but surely worth a shot we went about, finding a boat big enough to fit our AirTrack on. After walking and asking around we came across an Amsterdam boat bearing the name ‘’DE SOEVEREIN”. This fancy dining boat usually sails it’s diners through the canals of Amsterdam, while they enjoy great food and drinks. We however were planning to use the boat for an entirely different purpose.

We set up the AirTrack on the roof of the boat. Covering almost the entire roof with the blue surface, fired up the drone and got our cameras ready. We then gave Jack the go and the boat was off. But what happens when you arrive at one of the very low and narrow bridges?
Find out in the video!

These stunts are performed by trained professionals. Do not try them at home.

See what we can do for you,
talk to our extreme sports expert Philipp

AirTrack Factory tour with Jack and Bailey Payne in the USA

What is an AirTrack? 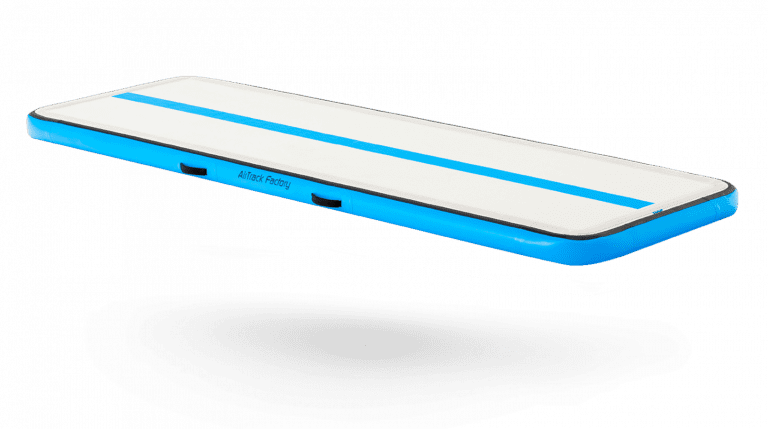 The original gymnastics floor for training at home!

Get updates in your mail

We’ll send you a monthly newsletter with tips and discounts.

Which AirTrack is best for you?

Which AirTrack is best for you? AirTracks are inflatable mats that are available in three types, that can vary in…

The sub 1 hour Competition Floor for Gymnastics and Cheerleading

Just Air The bounce you’re familiar with. The safety you expect. A set-up time you never thought was possible. We…

Before the AirBag was introduced as a foam pit alternative, the foam filled pits were the choice for catching athletes…

Follow @AirTrackFactory
0
Your Cart
Your cart is empty
Continue Shopping
Continue to your country.
Fetching your location...
Or choose your location